Are you fascinated by Impactites, Meteorites, Tektites or even Volcanic Bombs as we are, then this may just be the page for you! To introduce myself, I am John Iwaszko and have been interested in rocks, crystals, gemstones, particularly meteorites and Tektites since the early 1980's. I found my first Australite, on my very first tektite search in the mid 80's, when I was still a teenager- trust me it must have been beginners luck but felt like a spiritual experience that endeared me to these special rocks forever after.

Today, I mainly fossik with a partner and on occasions teams or other family members, where we research localities and fully document prospecting finds with great scientific analysis and curiosity all in an effort to add to the wealth of knowledge for future generations, that will be published as soon as we are no longer physically able to search the harsh areas we do. 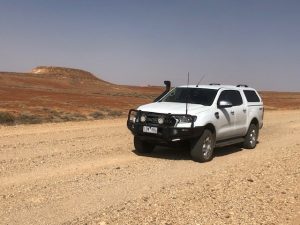 Is the curious looking rock you found a meteorite, tektite or other?

We might be able to identify its probability from a photo you can send, free of any obligation. If it looks promising to us, no guarantee, you can then send it to us for closer examination and for a small fee of $25.00 we can then confirm a simple answer. You would be obligated to pay for delivery to us and back to yourself. We strongly suggest a registered post.

For a fee of $70.00, we can also offer a fully documented report of what your rock actually is and if a meteorite where it most likely came from.

Our business is in Sunbury, Victoria, Australia, samples sent for testing don't need to be large, a quarter-sized fragment is all that is needed. But please ensure that the sample is actually representative of the rock and reveals the interior composition (e.g. Do not send a rusty old flake that's fallen off the outside). Testing may take a few days to months depending upon the backlog of the facility and the type of tests performed, we can confirm the approximate date via e-mail. If we are in doubt or believe your sample is of exceptional worth we will send to an expert geologist colleague for a second opinion at no additional cost.

Who knows the rock you found may be worth a fortune as some meteorites and tektites are worth more than their weight in gold and can literally be priceless scientifically.

Some of our Best Tektite Finds:- 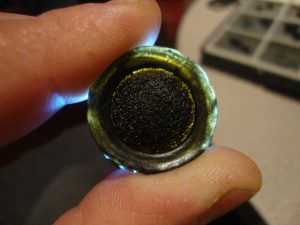 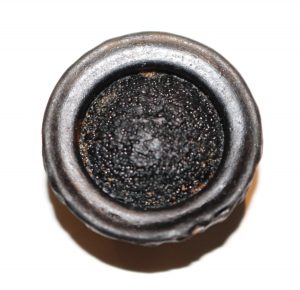 I, John Iwaszko found the perfect Flanged Australite Button 4 September 2015, 1:55 PM, found with the "primary pitted rear surface" down, so the "rear surface", image, above, at far right is very well preserved, i.e., the opposite area exposed to the high pressure and the high-temperature frontal shock wave. Classification: Australite small round Indicator I, Perfect Flanged Button 24.3 x 10.4mm, 5.867g named “Thor”- No.48. Another perfect Flanged Australite Button found by myself, John Iwaszko on the 26-Oct-16 2016 4:13 PM, found with the "primary pitted rear surface" up, refer image, above far left and middle, so is more weathered than the "front surface" or the area exposed to the high pressure, high-temperature frontal shock wave. Classification: Australite small round Indicator I, Perfect Flanged Button 23.65 x 9.22 mm, 4.526g named “Aurora”-No.103.

Do you desire to own a unique piece of rock that came from the heavens? Have you dreamt of capturing a falling star or even a fiery rock that exploded from the bowls of the earth from a volcano unveiling the secrets of our planets build-up.

Well we can even sell a special rock to you, our specialty is tektites as well as meteorites that have been identified to have come from known planetary bodies such as Mercury ( still currently debated, most likely a piece during its early formation), the Moon, Mars, and many known asteroids, based on current availability and prior sales.

Identification of meteorites to its parent planetary body is based on direct comparison to pieces of planetary bodies spacecraft have already visited, namely the Moon, Mars, and some asteroids as well as spectrophotometric analysis from earth or space-bound telescopes that can match meteorite spectra here on earth.

This is where lighting, scientific and electronic test equipment and experience comes to good use and combines three of our scientific passions, astronomy, lighting science, and meteorites!

Tektites are characterized by:

On the basis of morphology and physical characteristics, tektites have traditionally been divided into four groups. Those found on land have traditionally been subdivided into three groups: (1) splash-form (normal) tektites, (2) aerodynamically shaped tektites and (3) Muong Nong-type (layered) tektites. Splash-form and aerodynamically shaped tektites are only differentiated on the basis of their appearance and some of their physical characteristics. Splash-form tektites are centimeter-sized tektites that are shaped like spheres, ellipsoids, teardrops, dumbbells, and other forms characteristic of isolated molten bodies. They are regarded as having formed from the solidification of rotating liquids, and not atmospheric ablation. Aerodynamically shaped tektites, which are mainly part of the Australasian strewn field, are splash-form tektites (buttons) which display a secondary ring or flange. The secondary ring or flange is argued as having been produced during the high-speed re-entry and ablation of a solidified splash-form tektite into the atmosphere. Muong Nong tektites are typically larger, greater than 10 cm in size and 24 kg in weight, irregular, and layered tektites. They have a chunky, blocky appearance, exhibit a layered structure with abundant vesicles, and contain mineral inclusions, such as zircon, baddeleyite, chromite, rutile, corundum, cristobalite, and coesite.[2][3][4][5]

Microtektites, the fourth group of tektites, are less than 1 mm in size. They exhibit a variety of shapes ranging from spherical to dumbbell, disc, oval, and teardrop. Their colors range from colorless and transparent to yellowish and pale brown. They frequently contain bubbles and lechatelierite inclusions. Microtektites are typically found in deep-sea sediments that are of the same ages as those of the four known strewn fields.[3][4]Microtektites of the Australasian strewn field have also been found on land within Chinese loess deposits and in sediment-filled joints and decimeter-sized weathering pits developed within glacially eroded granite outcrops of the Victoria Land Transantarctic Mountains, Antarctica.[6][7]

Since 1963, the majority of known tektites have been known to occur only within four geographically extensive strewn fields: the Australasian, Central European, Ivory Coast, and North American.[8][9] As summarized by Koeberl,[10] the tektites within each strewn field are related to each other with respect to the criteria of petrological, physical, and chemical properties, as well as their age. In addition, three of the four strewnfields have been clearly linked with impact craters using those same criteria.[2][3][4] Recognized types of tektites, grouped according to their known strewn fields, their associated craters, and ages are:

Comparing the number of known impact craters versus the number of known strewn fields, Artemieva considered essential factors such as the crater must exceed a certain diameter to produce distal ejecta, and that the event must be relatively recent.[11] Limiting to diameters 10 km or more and younger than 50 Ma, the study yielded a list of 13 candidate craters, of which the youngest eight are given below,

Preliminary papers in the late 1970s suggested either Zhamanshin[13] or Elgygytgyn[14] as the source of the Australasian strewnfield.

Povenmire and others have proposed the existence of an additional tektite strewn field, the Central American strewn field. Evidence for this reported tektite strewn field consists of tektites recovered from western Belize in the area of the villages of Bullet Tree Falls, Santa Familia, and Billy White. This area lies about 55 km east-southeast of Tikal, where 13 tektites, two of which were dated as being 820,000 years old, of unknown origin, were found. A limited amount of evidence is interpreted as indicating that the proposed Central American strewn field likely covers Belize, Honduras, Guatemala, Nicaragua, and possibly parts of southern Mexico. The hypothesized Pantasma Impact Crater in northern Nicaragua might be the source of these tektites.[15][16][17] 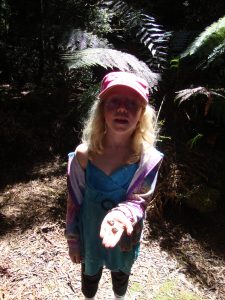 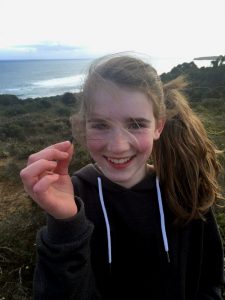 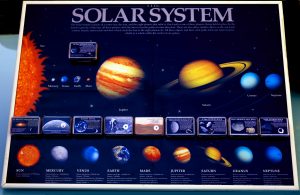