Lighting is the most important and final design aspect and element of any space. What you see is totally determined by how light interacts within the environment or space. It is psychologically subliminal, affects mood, the way a person feels as well as the atmosphere it creates. Think of our sun and how the earth’s movement through the heavens changes the very appearance and colour of the objects it illuminates, affecting our mood and what we experience during the course of the day.

AurumSolis have an ultimate understanding in how lighting creates certain psychological feelings subliminally. Does your retail space require your clients to feel that the objects you are selling are value for money are elegant but expensive quality that can’t be surpassed or appear as totally fresh food product and have an appeal to the young or young in heart or even both.

The lighting of a place determines where a customer looks first in a shopping centre, the comfort that a customer feels and how long they stay. AurumSolis have a unique understanding of how to bring the atmospheric feel you want to a space, which literally determines the success to the establishment, we do more than lighting design we can design for a specific feel or subliminal effect that you require in your space.

All this can be achieved within the stringent Australian standard guidelines and limiting energy requirements of the Building Code of Australia (BCA) that demands the most energy saving solution. We can also provide the certifying documentation. Don’t risk you next lighting requirement to the mundane copy cat production run lighting design solution that everyone else offers. AurumSolis understand lighting beyond the bounds of what is normally offered. We are here to provide the best solution possible at the most cost effective energy requirement and cost saving to you the client.

Contact us today, discuss your specific needs; we are here to serve and achieve the best solution possible within initial cost, energy savings and current energy saving stringent guidelines.

We have been providing exceptional Lighting Design solutions since 1986, award winning designs that have featured in many architectural magazines over many years.

Many lighting consultants guess lighting outcomes and then “cross their fingers”, by comparison, having many years experience working with visible light we have also evolved ideas, new theories and experimented with invisible light radiation from cosmic rays to the extremely low frequency end of the known spectrum. We totally understand and can predict the behaviour of light, how the space will look to the human eye. In 1992, John Iwaszko the director won the School Of Electrotechnology Award an Associate Diploma of Engineering in Electrical in Lighting.

The services we offer are based on your requirements. We can preform quick calculations whilst over the phone at our office or your premises that can plot your plan in the shortest possible time.

Whilst some these days use computer aided design to predict the lighting outcome, we already know what the space would look like and to help clients understand how a space will look we can also use our vast award winning experience and the latest computer software to 3D render and accurately confirm the lighting outcome, even with walk through video files if desired.

Why trust your next important job to guess work? AurumSolis have had over 30 years experience from large public spaces such as the exhibition buildings, high rises, apartments, art centers, churches, casinos, hospitals, entire shopping centers, 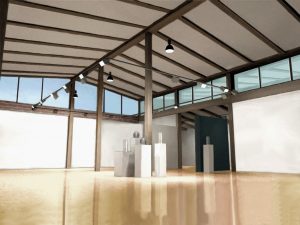 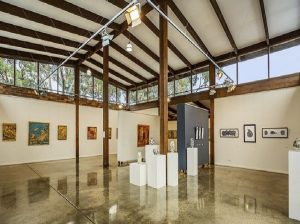 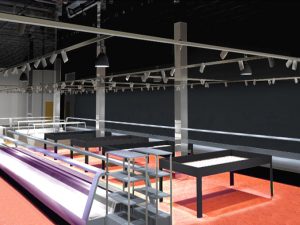 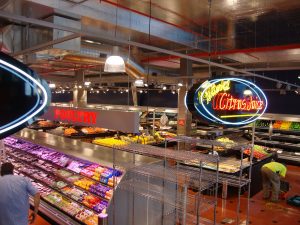 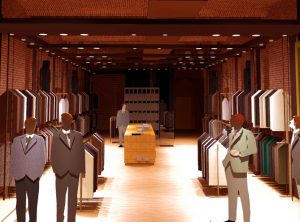 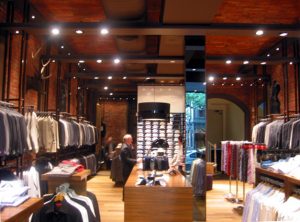 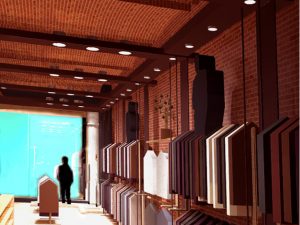 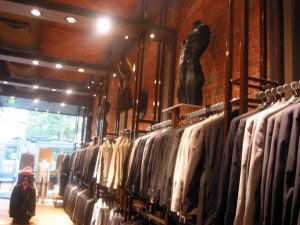 Or any space or establishment, no job is too big or too small and we will achieve your desired outcome without the guess work, at no risk to you. 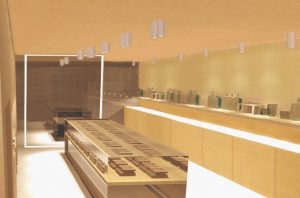 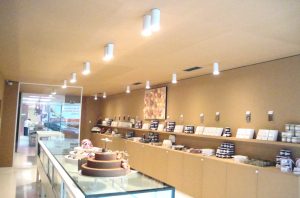 Renders versus reality, the above and below six examples of projects showcase the ability of contemporary 3D rendering software in creating reality-like 3D renders. These examples by AurumSolis can confirm to clients the intended lighting results, all above and below examples were made prior to project completion.

Radiosity in computer graphics is often thought of as a relatively recent innovation. After all, it was introduced by Cindy Goral et al. in 1984 at Cornell University, who derived it from a thermal engineerng technique of the same name that was popular in the 1960’s. It is one of the cornerstones of global illumination techniques for physically realistic image rendering.

Change the name to “radiative transfer theory,” however, and radiosity appears in the illumination engineering literature as early as 1926. Ziro Yamauti presented radiosity in terms of Fredholm integrals of the second kind, a mathematical formalism that did not appear in the computer graphics radiosity literature until its rediscovery by Paul Heckbert in 1991. Yamauti also proposed using finite difference equations to solve the discrete form of these integral equations.

Yamauti’s discussion was mostly theoretical. However, it was quickly transformed into a formal engineering tool by H. H. Higbie, who published a practical technique in his 1934 book, Lighting Calculations. Unfortunately, it was an idea before its time. With only hand-cranked calculators to assist them, this precursor to today’s radiosity algorithms was not widely practiced by illumination engineers.

One exception was the work done by Parry Moon and Domina Eberle Spencer at MIT in the 1940’s. They used Higbie’s technique (which they called the interreflection method) to study lighting in empty rooms. Credit for the first photorealistic images created using radiosity methods must go to Moon and Spencer – they exhibited synthetic images of empty rooms with luminous ceilings at the 1946 National Technical Conference of the Illuminating Engineering Society of North America. They calculated the luminance of each surface patch by hand, cut out paper squares from Munsell color charts, and pasted them together to form their images. These were then photographed for presentation.

One of these synthetic colour images (shown below) was reproduced in their 1948 book, Lighting Design (Addison-Wesley). The famous Cornell Box notwithstanding, this is the very first radiosity image. (The lack of shadows can be attributed to the soft lighting from the luminous ceiling, and possibly the limited patience of graduate students with hand-cranked calculators). 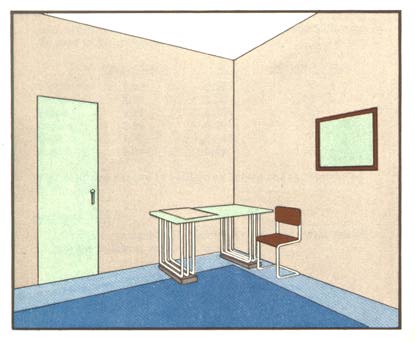 Most likely the very first 3D Radiosty image by Moon and Spencer in 1946, where they exhibited synthetic images of rooms with luminous ceilings such as the above – source http://www.helios32.com/resources.htm

As far as I can find on the internet, no lighting designers or lighting engineers ever showcase their 3D radiosity images or 3D renderings side my side to real images, yes some exterior photographs and 3D renderings are showcased, which are far simpler as they are dealing with one light source, a constant colour radiator-the sun.

So to try to impress, they either show you real photographs of their work or only the renderings, never a side by side comparison for good reason. The reason is that lighting programs, and I have tried at least five, don’t get it 100% right. Yes they can obtain a photo-realistic image, but when compared to reality, anyone can tell that something went wrong.

Hence the reasoning for the above historical mention, in an effort to understand the finite element method to solving the rendering equations, AurumSolis have developed their own technique, based on where it all began, the technique first developed by Moon and Spencer in 1946, which was the inspiration that has achieved photo realistic and very accurate 3D radiosity images. 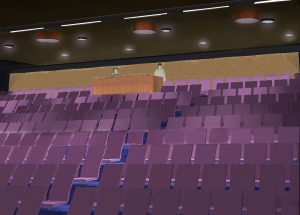 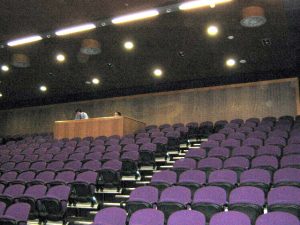 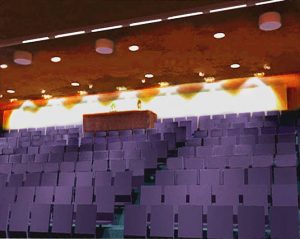 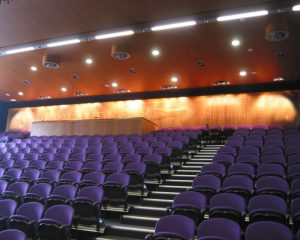 We don’t just meet the standards; AurumSolis design a lighting design solution that achieves what you desire out of your space, in terms of comfort or psychological subliminal lighting effects that get results within the stringent compliance requirements of the Australian standards and BCA.